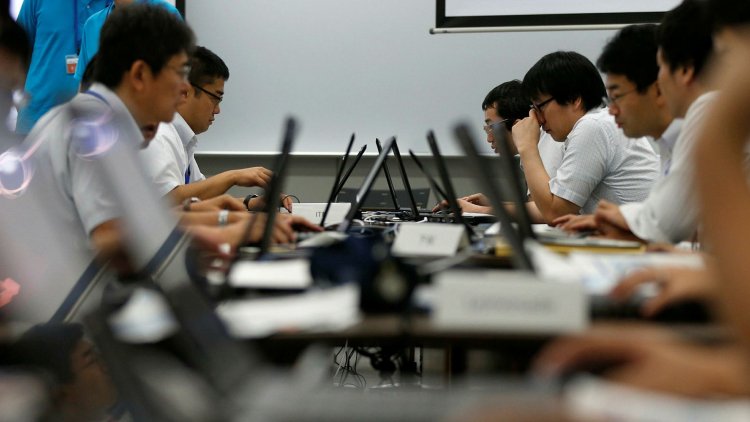 The Japanese government's national security apparatus has shown substantial concern about cybersecurity. As an added bonus, the government has promised to taking appropriate action in this matter, according to Asia Times.

According to a narrative published in the Japanese news in May, JAXA was purportedly the subject of a major cyberattack that took place between 2017 and 2019. The attack also affected other Japanese businesses.

Several individuals, including Tick, the notorious hacker collective, and a Chinese information technology specialist, were implicated in the attack, which was supposedly conducted by China's Strategic Support Force (SSF).

Kazuo Miyasaka, a Japanese national who was detained by Russian intelligence operatives in June, was sentenced to prison for allegedly passing to them high-tech military secrets, including information pertaining to the United States' X-37B spaceplane. According to Miyasaka, this material was obtained from research databases, most likely digital ones.

When the Japanese government unveiled a change to its draft cybersecurity plan on September 27, it set the tone for the country's cyber policies and administration for the following three years. The article outlines well-known justifications for achieving cybersecurity objectives from the standpoint of the entire government and cybersecurity ecosystem.

China, Russia, and North Korea are all named as cyber threats in the strategy, which distinguishes it from the competition.

According to the strategy document, China's cyberattacks are motivated by a desire to take information from enterprises affiliated to the military and own superior technology, which is a clear acknowledgment of Chinese state-sponsored IP theft across the globe.

In Russia's case, the stated rationale is that the government tries to exercise influence to achieve military or political purposes through cyberattacks, possibly alluding to the Russian state's suspected gray zone actions within and outside Japan's borders. Although not a direct foe, Russia is wary of Japan's tight connections with the United States and would welcome a development that jeopardized their mutual trust and shared access to high-tech military secrets.

The DPRK's motive for cyberattacks is highlighted as to exert influence to achieve military or political purposes or earn foreign currency, which is consistent with Pyongyang's general operating method.

As an important side note, the study discusses supply-chain vulnerabilities, which can significantly restrict a country's ability to make use of new digital communication technology. Cyber blockades may have physical effects on digital communications infrastructure, according to some researchers.

The problem is pertinent in the post-pandemic world when a continuing lack of semiconductors affects many businesses and professions, and it is expected to appear incomparable strategic publications around the world. Japanese participation in the Indo-Pacific Quadrilateral Security Dialogue has resulted in considerable discussions on high-tech cooperation. An important focus of the newest Quad leaders fact document is on semiconductor supply chains and cybersecurity collaboration.

It's also important to keep an eye on Japan's bilateral interaction with India, which could lead to a separate cyber security accord. Japan's coordinated unilateral, bilateral, and multilateral efforts in cybersecurity and high-tech collaboration have been nothing short of outstanding.

Japan's Self-Defense Forces (SDF) are now more willing to participate in sectors such as cybersecurity, which are located in the gray area between civilian and military activities. A report published by The New York Times states that the SDF will work to substantially upgrade its cyber defense capabilities, including by increasing the posture of cyber-related units.

Conclusion: Japan's ambition to develop and field capabilities to detect, probe, and analyze cyberattacks so that Japan can identify the attackers and hold them accountable was also hinted to in the document, increasing the posture from one of passive defense to that of active enforcement.